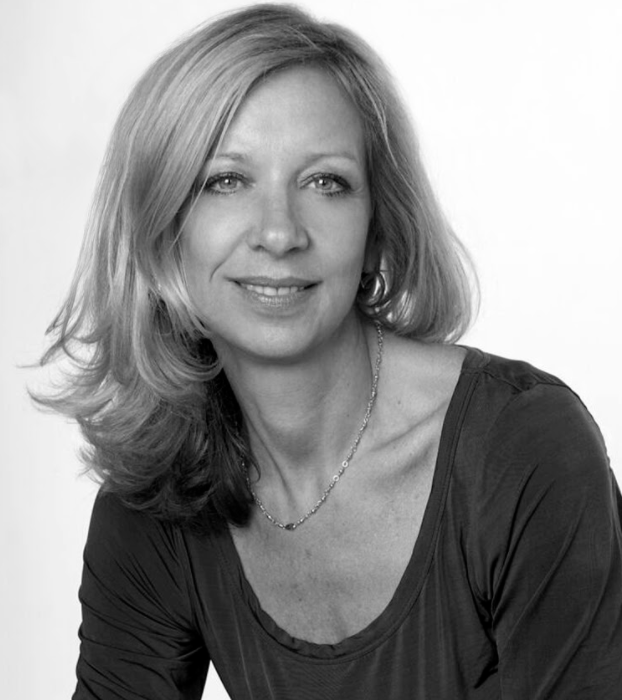 Having made up some of the world’s most iconic faces including Diana, Princess of Wales, Christy Turlington, Naomi Campbell and Cate Blanchett, as well as working on fashion shoots for renowned international publications such as British Vogue, US Vogue, Vanity Fair, and Harper Bazaar, Mary Greenwell is a force to be reckoned with in the business of expert makeup artistry.

In one of our favourite ‘ask the expert’ interviews to date, we speak to the legendary professional makeup artist, to learn more about her glittering career and her most memorable moments in fashion and beauty.

When did you realise that a career in professional makeup artistry was something you wanted to explore?

It began when I was offered a job at Fiorucci Los Angeles to run the makeup counter. A wonderful lady called Ilana Harkavi owned a makeup line called Il Makiage and when the makeup line was going into Fiorucci’s, the man who was opening the store was a big friend of mine and he asked me if I would represent a makeup line. I was 23 and I had never worn makeup in my life so I said: “Well, yeah… but I don’t wear makeup!” He said: “Nevermind, we’d love for you to work with us!” So he sent me to New York where I worked in the shop with Ilana and that’s how it started.

The only makeup lesson I’ve ever had is when I first arrived in New York. Ilana took me down underneath her shop on 60th and Madison where she had a tiny little studio with all her colours laid out. She was the first makeup artist to really do expansive colours – Francois Nars was very into colour, but Ilana had every colour under the sun. One day, she did my makeup – It was now the mid-70s and I ended up with a wonderful face of makeup ala David Bowie – I looked in the mirror and thought, this is amazing!

I worked in Ilana’s shop for another 10 days after that and loved it. Then I went back to LA to work in Fiorucci’s before coming back to London in 1979. I realised that makeup was actually the only thing I could do as I was quite good at it by this point.

Are we right in thinking that the first person you did makeup for was Brooke Shields for US Glamour?

Yes that’s right, I mean it was Ilana’s job really, she just let me have a go, this is how unimportant it was then, it was all about creating beautiful work, it wasn’t about getting the credit in a magazine, or on Instagram. Ilana literally said, ‘I think you should do the makeup today’ and that’s what I did.

What happened next on your journey?

By the time I went back to London, fashion was really taking off and you could adopt makeup artistry into a career. I really became a makeup artist in 1982 when I joined an agency called Take Two model agency that was being opened by a great friend of mine, Melissa Richardson. I did the makeup for her models in exchange for an introduction to photographers.

After about a year, I left that agency with love and I started working with all these wonderful people at Harper’s and Queen (Now Harper’s Bazaar). It was here that I met Pamela Hansen in 1983 who said to me: “Wow you should come to Paris because there are so few makeup artists.” So I went to Paris in April 1984. It’s funny, I did Margaret Thatcher’s makeup in the morning, driving up to 10 Downing Street in my little red VW car and went to Paris in the afternoon which is kind of extraordinary.

With so many fantastic life and career experiences to choose from, what has been the standout highlight so far?

The things that get to you the most in your career and in life, are the first time you experience things. After a while, it becomes, ‘oh been there, done that’ – but I think probably the most magical time ever was when I first went on an American Vogue shoot with Hans Feurer. We went to Lanzarote and took these amazing pictures on the beach. I cried when we all separated at the airport because I realised it was like a break up of a family – I got so used to them there, it was so lovely being on this trip, it was a real stand out moment for me of how close you become.

Also working with Grace Coddington for British Vogue so many times back to back…that was really amazing and memorable, and then meeting Princess Diana is, of course, something to remember.

Amongst many things, you are famed for working closely with the beautiful and enigmatic Princess Diana during what could be described as her renaissance years.

Aside from ditching the blue eyeliner, how do you think your professional work contributed to Diana’s polished look that she is remembered for?

I don’t think I did it single handedly, I think she had wonderful people looking after her. She had Sam (McKnight) cutting her hair and seeing her every morning before she went out. I think it was a general confidence that she had. I would never assume to take any credit for the way she looked, she loved makeup, she applied her makeup very well, I used to give her lessons. Her confidence came from being an independent strong woman who gave up her life for good causes. I was very blessed to have been around her, I loved being with her full stop – it was just a pleasure.

We’ve previously featured an ask the expert with your friend (and legend in his own right) Sam Mcknight, how did you two meet? How do you feel you benefitted each other’s careers within the industry?

I was living in Paris and I came back to London for Christmas. I threw a New Year’s Eve party in 84/85. Sam had heard about me and he heard I was having this really big party so he gatecrashed it because he wanted to meet me. He came over to me and said: ‘Hi my name’s Sam Mcknight, I’ve heard about you” and I said: “Oh hi Sam, how nice to meet you… welcome to my party!” And the rest is history. We became pretty firm friends straight away and when I moved to New York in 1985, I moved straight in with him.

We benefitted each other through being enormously supportive of each other and we still are. With Sam I always have a friend – we used to walk every day to Patrick Demarchelier’s studio, which was up the road from where we lived, and we had the most divine time working together. And the 80s in New York was so much fun! Firstly, we were much younger – that always helps and everyone in New York was so wild and wonderful. The 80s was so fabulous, everyone worked really hard and played really hard and there was so very little judgement – there was really no criticism then. To create 6 pages for a magazine, you would have all day whereas now, you do 24 pages in one day!

If you could go back in time to a particular time of your life, which would you choose and why?

I was lucky enough to be living in LA in the 70s. The 70s was fabulous but not so much on a makeup/fashion level, more from a music and film sense but I think I lived through two very wonderful decades – the 70s and 80s.

What is one thing you wish you’d have been told before embarking on a professional career in makeup artistry?

I have absolutely no regrets in my career at all. I’ve been extremely blessed and there’s nothing else I wish I’d known or done. I’ve never assisted anybody, I’ve had one makeup lesson – I mean, come on, it wasn’t like it was very hard for me – I was totally blessed! I was literally in the right place at the right time to make things go really smoothly.

We associate you with a polished, beautiful makeup look – what do you think about popular ‘Instagram makeup’ such as a heavy contour and prominent highlighter?

I love that whole Kim Kardashian contour and go for it if that’s what you want to do. What really scares me is I feel there’s quite a lot of face work happening, which I really don’t like. People changing their faces too much with cosmetic surgery scares me, but I have no problem with people wearing whatever makeup they like because it can be washed off at the end of the day.

What are your holy grail kit essentials that you can’t work without? Has this changed much over the years?

I keep looking back at the makeup I did in the 80s and think, “God, my makeup has actually got worse, rather than better!”

Things were so much simpler about the makeup we were all doing back then and there’s sooooo many products now to choose from – we are all a bit mind blown by the choice.

You’ve always got to have the right foundation to suit your colouring, a really good concealer, whether it be a cream, stick or whatever else – liquid foundations for me are by far my favourite and I use my fingers more than anything else.

Really minimal makeup is so great. I do look at my work and think, ‘my goodness I was using so few products it looks so good’. Now so many of us feel you’ve got to bring in this product, you’ve got to bring in that product, when actually the end result a lot of the time is a little bit messy. Simplicity is the way to go – I love simple makeup it’s the most flattering and often the easier it is, the simpler it is.

You have worked and lived in London, New York, LA and Paris – What iconic makeup look do you associate with each city?

I would associate London with Vivienne Westwood shows, she’s so iconically London. New York in the late 80s/early 90s – it’s those classic Bruce Weber/Patrick Demarchelier photographs. In the middle 80s when I first moved to Paris it was very much the look of the baby supermodels. Globally, the fashion shows in Milan are all defined by the year you were doing them. I was the first one to do makeup with Romeo Gigli and I used one colour for the eyes lips and cheeks – it was a lovely warm chestnut, berry colour.

What is the best beauty secret you can share with us today?

Concentrating on eating well, your state of mind and your mood. It really is so true. And just try to be strong, it’s hard now with everything that’s going on politically and we have to stay positive. It’s particularly tough out there for young people.

Social media has put a lot of pressure on many people, particularly young people as you mention. How have you embraced social media?

I use it to promote my own work. Social media can make everyone feels terribly insecure – even the most professional people. All those people out there looking at other people’s work. Just remember everyone posts the best pictures of themselves at their happiest moments and their most successful times. Love yourself instead.

What’s next for you Mary?

I’m going down to Cannes to be with Cate Blanchett who is head of the jury there.