Kevin Luchmun, our resident guest blogger, has deservedly been named the BHA Men‚Äôs Hairdresser of the Year. Naturally, we‚Äôre overjoyed for Kevin and thought we’d drop by to see whether it has all settled in yet and what he has to say about his success.

Go on then Kevin, how did it feel when they called your name out as the Men‚Äôs Hairdresser of the Year 2013?

The biggest buzz I’ve ever felt in my life. ¬†As this was my first time even going to the BHA I didn’t have a clue what to expect. ¬†From when I first went into the venue and was surrounded by the industry greats I was just so happy and privileged to even get through as a finalist.

When it got to the Men’s finalists and they were going through everyone’s collections I felt my heart racing with mixed emotions and didn’t expect anything I just went in there open minded and thought ‘what will be will be‘. ¬†I remember all the photos of the finalists going up and then they was just about to announce the winner.

I remember just putting head down and hearing my name bring announced and everyone around me going crazy and then shouting at me saying ‘Kev you’ve gotta go up on stage and get your award’ and then I knew that this was real. ¬†Still to this day I can’t believe it and hasn’t sunk in. I keep thanking everyone that’s supported me and believed in me to win this. 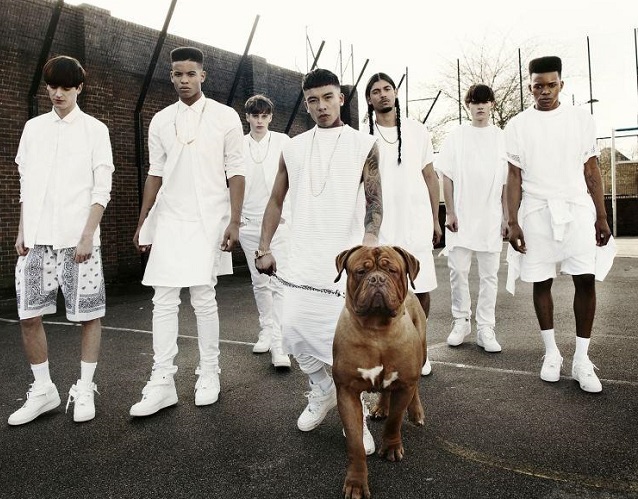 A lot of our readers will wonder how you get into a position where you are up for these awards, what was the journey that got you there?

So I’ve been hairdressing 11 years and always got involved with competitions from an early age within barbering like Battle of the Barbers and Barber’s Brawl, I always came runner up or second place and never won but just kept entering and never gave up.

When starting with Toni&Guy I entered L’oreal Colour Trophys and made it to the regional finals but still never won but this this year I decided to enter the BHA for Men’s Hairdresser of the Year. ¬†I done a lot of test shoots to the build up to my collections to network with people and build contacts and get a taste of how I wanted to shoot my collection. ¬†I didn’t have a budget for the shoot and did everything off my own back. ¬†I owe a lot to my Photographer Danny Baldwin who I work a lot with. We really bounce off each other and create ideas as we share the same taste. I believe it’s important as the photography is the overall image.

It’s been a lot of hard work putting this together before and after day job and on my days off but I jut kept pushing forward and never gave up. It’s so nice now to see all the hard work has truly payed off but this is only the beginning. 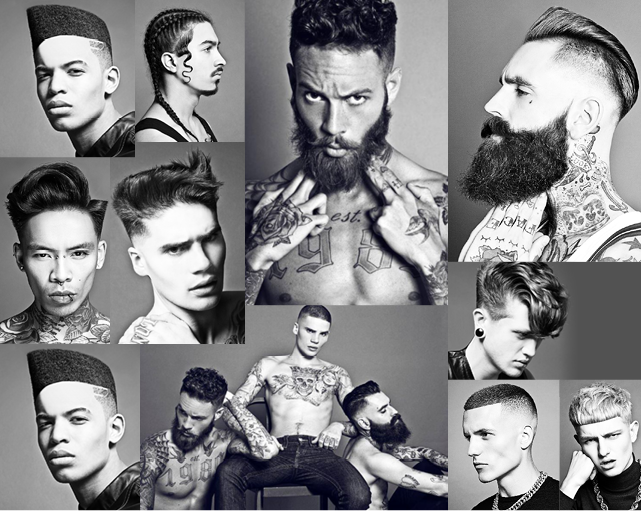 What inspired your winning collection and what was it about it that you think caught the judges‚Äô eyes?

So my whole inspiration came a lot from a 90s inspired theme but wanted to put a twist into it. ¬†I spent most of my youth hanging around the streets where I grew up and wanted to put a bit if me into the shoot. I wanted it to be influenced by rudeboys and chavs but again putting a high end fashion twist too it. ¬†I wanted main focus on the hair so styling was minimal.

I also really wanted to show how diverse I am within cutting hair and wanted to show case my technical ability within cutting hair. That’s why I worked with a multicultural array of models and different lengths and textures. ¬†From previous collections I’ve seen, I wanted to bring barbering back into the competition and really do something that hasn’t been done before that was completely different and would push the boundaries.

What has life been like since winning the award, has it gone back to normal or do things feel slightly different?

Well it still hasn’t sunk in and it’s so nice hearing praise from people and ¬†the nice comments that I’ve been getting so far. ¬†As I said, this is only the beginning and it’s made me realise that I need to now step it up a gear. ¬†Next year’s going t be an exciting year. ¬†I’m a pretty laid back person and always take things as they come

I just love doing barbering and men’s hairdressing. ¬†I’ve been non stop in the salon and teaching since but I think when it gets a bit quiet it’ll hit me.

What’s next for you, does winning the awards change your plans? What ambitions do you still hold?

Plans? I don’t plan things as such I live life for the moment. ¬†I just carry on doing what I love doing and always find that things fall in place. ¬†Of course I have the direction to work towards the top and get recognised for my work but I’m gonna take each day as it comes

We’d like to thank Kevin for allowing us to interview him. To see more of his work or to speak to him directly, contact him on either