Think the salon is a female only domain? Think again. Research has shown that the average British male thinks nothing of attending a salon at least once a month. This means there is a massive untapped market. As it becomes more acceptable for guys to care about how they look, the more male grooming is taking off, whilst it might not be the biggest market right now, it certainly is the fastest growing.

Think again! Stats blow these stereotypes out the water. A third of males from Sheffield, Newcastle and Manchester will go to a salon once a month compared to less than one-fifth of Brighton or Bristol based men. 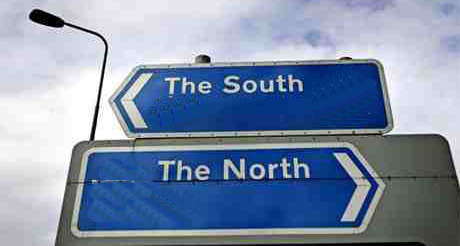 Sportsmen are always powerful male hair role models as a footballer endorsing a trend makes it more masculine and acceptable so no surprise two sportsmen feature in the top 4 four.

1. David Beckham – The former England captains ever changing hair is the most imitated by British men.

2. Gary Barlow – The X Factor crooner’s clean cut style sees him come second in who men want to look like.

3. Robert Pattinson – It seems girls love him and the boys want to be him.

4. Bradley Wiggins – Wiggo’s exploits and personality seem to be singlehandedly bringing mod style and sideburns back into fashion.