Will You Be Joining the Salons Binning Gossip Magazines?

Will You Be Joining the Salons Binning Gossip Magazines? 24th February 2020 Salons Direct 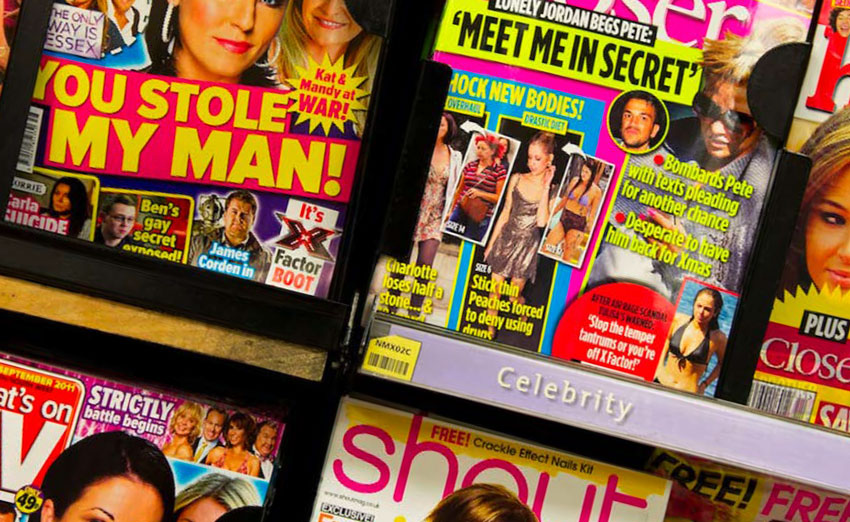 How much thought do you put into what magazines you lay out in your salon reception? If you choose yours from the local supermarket or newsagents, you may have picked up a couple of celebrity gossip magazines for your clients to flip through while they are waiting for their hair colour to process.

But, many salons are now turning their back on these exact magazines. Following the death of Caroline Flack, awareness of the negative impact of gossip headlines and stories has rocketed.

Last week, a growing number of salons announced on social media that they will be binning any gossip magazines in their salon. Citing the negative effect the magazines have on the mental health and wellbeing of both clients and staff, many salons are now consciously seeking out more positive publications.

In place of magazines that fuel potentially harmful gossip, reading material based on lifestyle, home and travel will be chosen instead. Inspiring hair and beauty magazines that support personal growth and health are also being favoured in stylist’s receptions.

Vicki Hoskin Hair Artistry made a statement on her Facebook account, showing her support for mental health and taking a stand against the press that engages in ‘fat shaming, relationship trashing and berating of celebrities’. In their place, she hopes to bring in some ‘REALLY cool hair publications’.

“I chose to remove gossip and tabloid magazines due to the negativity bred in them. I open a magazine and I see body shaming, snipes about cellulite, clothing choices, hardships in celebrities lives to which I have no right in knowing. When I have read them they distort the relationship I have with myself. The lack of self worth has a domino effect.

The effects it plays on our mental health is awful and I don’t believe anyone should feel lesser because of a body/size/weight/looks comparison in a celebrity magazine. We as humans are worth so much more.

I want each and every one of my guests to fall in love with themselves over and over again. Not to compare themselves, their image or their lifestyle over anyone else’s, but to sit back and let me make them feel beautiful and for them to KNOW that they are enough.

To other salons that are thinking of doing the same… do it. Don’t overthink it – do it for your own reasons. It might be the smallest change you make but the ripple effect will be immense – binning your trash mags could start a revolution!”

Hair Rebellion Salon in Hessle shared the same opinion. They will be replacing gossip magazines with magazines that ‘enhance your life’ rather than ‘ruins others’.

In light of the tragic news from this weekend we have decided to remove all ‘gossip mags’ from the salon. These will be replaced with Home or Cooking mags that enhance your life not ruin others …. #bekind #alwayslistening #mentalhealthawareness #ripcarolineflack

“I saw a Twitter post last Sunday morning about how people should boycott gossip mags and tabloid newspapers due to the damage they can cause to mental health. As a mother of an autistic teenager who struggles not fitting in, and suicide having sadly also affected my family, it was a no brainer. I made the immediate decision to throw them all out and let our clients know of our decision.

I’m quite sure a lot of clients won’t even notice or care that there are no gossip magazines, but I certainly think they will enjoy the new lifestyle based magazines we’re replacing them with. I know all our clients support our decision and the reasoning behind it.

In an industry that is assumed to be very competitive and ‘catty’ I think it is amazing that we are all standing together on this issue. We are all promoting kindness and confidence and I just hope it continues to spread.”

Hair Cafe Salon in Dublin also made a stand against the judgemental nature of celebrity gossip magazines, asking other businesses to join them in stopping the spread of ‘toxic publications’.

Over at Chy Blew Hair in Cornwall, a similarly strong message was sent out. The salon stated that they would ‘no longer be investing into gossip/tabloid magazines which quite frankly rip celebrities apart’. Rather, they hope clients will enjoy their books and magazines about health, wellbeing and nature.

” At Chy Blew we believe that by not being surrounded by negative press and magazines our customers can concentrate and read about the good things in life. Like cooking, hiking, citizen science projects or music. Things that inspire people and give them a good feeling. We’re also investing a good book shelf that will be stocked up and we are encouraging a book swap, so if clients really like what they are reading they can take it home with them.

Together we can make a difference and inspire people. Mental health is so very important and if we can help people feel better by being surrounded by positive books, mags, vibes then we will make a change.”

Scrolling through the comments left under these posts, you’ll find plenty of messages of support and positivity. Dozens of clients came forward with their own suggestions of reading material, from charity magazines to even book swap systems!

Many commenters noted that they had already stopped buying them for themselves, condemning them for their negative effect on self worth and for bullying the celebrities they cover.

What do you think? Will you be joining the movement to bin your gossip magazines?

More on the Salons Direct blog…

How Much Have You Thought About Mental Health and Wellbeing in Your Salon? | How Your Salon Business Can Give Back to the Community | How to Make Clients Feel Welcome in Your Salon